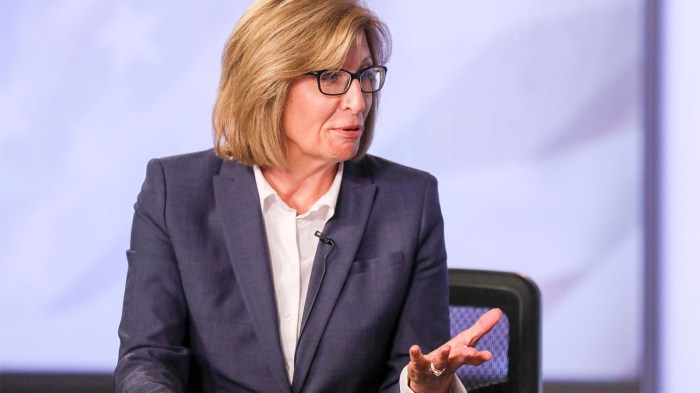 That whoosh you just heard? That was House Democrats breathing a sigh of relief now that Democrat Rita Hart has withdrawn her challenge to contest the result in Iowa’s 2nd Congressional District, which she lost to Republican Mariannette Miller-Meeks by just six votes last November — one of the closest federal elections in U.S. history.

Democrats were reportedly worried at the prospect of having to vote on whether to unseat Miller-Meeks, especially considering how loudly they protested former President Trump and Republicans’ attempts to overturn the 2020 election earlier this year. Additionally, there were concerns it would undermine Democrats’ efforts to pass a massive voting rights and election reform bill. That, along with the Democrats’ narrow majority, suggested it was going to be very challenging for Democrats to reverse the outcome — even if they felt Hart had a valid case.

Moreover, Republican messaging had put Democrats on the defensive. For instance, House Minority Leader Kevin McCarthy claimed they were trying to “steal” the election, while Senate Minority Leader Mitch McConnell pointedly asked major businesses and organizations that were critical of GOP objections to the Electoral College on Jan. 6 to hold Democrats to “the same standard” for contesting the Iowa result.

The Iowa situation was pretty unusual, as contested elections are fairly uncommon nowadays — and reversing election outcomes is even rarer. As the table below shows, contested House elections were once a regular occurrence, especially in the years following the Civil War, when many disputes centered on congressional races in the South, according to data compiled by Jeffery Jenkins at the University of Southern California. But now the number has tailed off considerably, averaging barely one case every five congresses.<a class="espn-footnote-link" data-footnote-id="1" href="https://fivethirtyeight.com/features/why-democrats-werent-going-to-reverse-the-result-in-iowa/#fn-1" data-footnote-content="

The 117th Congress features two election contests: Iowa’s 2nd Congressional District (now withdrawn) and Illinois’s 14th Congressional District, where the defeated Republican has formally challenged the outcome. The Committee on House Administration is investigating the Illinois case, although the margin there was more than 5,000 votes. These two formal contests mark the first the House has seen since there were three challenges during the 113th Congress back in 2013.

In the past 50 years, the House has voted to reverse an election outcome only once: In 1985, the Democratic-controlled House investigated and recounted the votes in the 1984 election for Indiana’s 8th Congressional District and determined that Democratic Rep. Frank McCloskey had won by four votes after the Republican candidate had led by 418 votes following a state-run recount. The House then voted 236 to 190 to seat McCloskey, prompting House Republicans to stage a walk-out.

But Democrats had a much larger majority in 1985 than they do today, so they could have afforded 30 or more defections when they voted to seat McCloskey. By comparison, fewer than five Democratic “nays” could have sunk an attempt to seat Hart because Democrats currently hold only a 219-to-211 seat majority. And some Democrats had privately — and even publicly — let it be known they didn’t want to vote to unseat Miller-Meeks.

In the end, the math wasn’t there for Democrats to reverse the outcome, and the potential fallout doesn’t seem to have been worth it, either.