America loves a good underdog story — and that’s exactly what it got in late January, when a plucky band of netizens on Reddit’s r/wallstreetbets message board decided to stick it to Wall Street by collectively driving up the price of GameStop, a video-game retailer best known for its brick-and-mortar stores.

[The Economy Won’t Be Back To Normal Until 2022 Or Later, According To Our Survey Of Economists]

The populist stock market uprising, with droves of at-home investors beating hedge funds at their own game, is only part of the story, though. While many of these novice investors did make large sums of money — at its peak, the stock hit almost 30 times its value from the start of January — many lost out as well. In fact, it was a hedge fund, Senvest Management LLC, that emerged as one of the biggest winners, making about $700 million off the stock’s volatility.

How Democrats are trying to convince Republican senators to convict Trump

Regardless of the winners and losers in the GameStop trading frenzy, however, the episode did spark a rare moment of bipartisanship in Congress (albeit short-lived), with both Republican Sen. Ted Cruz of Texas and Democratic Rep. Alexandria Ocasio-Cortez of New York calling for investigations into what happened — specifically, why Robinhood, a popular stock-trading app at the center of the Reddit-fueled trading, banned its users from purchasing additional shares of the stock when trading was at an all-time high. (Congressional hearings are scheduled for Feb. 18.)

At this point, though, polling suggests that bipartisan support for the small-fry investors is high, although Americans from both parties are fairly split on whether they support further regulation of the financial markets.

But just because the Redditors are fairly popular doesn’t mean that there is a groundswell of public support for further state and federal regulation of the financial sector. While the Morning Consult poll found that more Americans were likely to say that there was not enough regulation of Wall Street (45 percent) and hedge funds (50 percent) compared with the other industries and institutions mentioned, both Democrats and Republicans were still fairly split on whether hedge funds needed to be further regulated; Democrats were also split on whether Wall Street needed to be regulated more.

Since the financial crisis of 2008, Wall Street has remained relatively unpopular, but the issue of regulating it has not always been the most salient for voters. In a poll from April 2020, when both Donald Trump and Joe Biden were out on the campaign trail, only 22 percent of voters said that reforming Wall Street was very important to their vote compared with issues like government corruption and COVID-19, which 67 percent and 58 percent, respectively, said were very important to their vote. Even in 2016, a year without a pandemic, Gallup found that regulating Wall Street was below average in importance to both Democrats and Republicans, with about a dozen issues ranking higher.

Events like the GameStop trading frenzy and the 2011 Occupy Wall Street protests can help make regulation of Wall Street front-of-mind for voters, but as we saw with Occupy Wall Street, there’s often only mixed success in changing public opinion or policy. That said, these events can still move the needle at least somewhat, and they have arguably contributed to the growing support behind various movements to address economic inequality, like the campaign for a $15 minimum wage and the push to forgive student loans. It’s one reason at the very least why the Redditors on r/wallstreetbets are more likely to be seen as heroes than troublemakers.

[How Has The Nation Changed Since The Insurrection At The Capitol?]

It’s very possible, though, that opinion will shift during the congressional hearings next week. The public will hear more about what exactly happened, and lawmakers will also have time to take more nuanced positions. For instance, if members of Congress advocate for specific reforms like a new financial transaction tax or new mandates for regulators rather than just expressing their concerns, the issue could become more partisan. And partisanship might make it more difficult for Congress to enact real changes before the issue goes back onto America’s back burner. 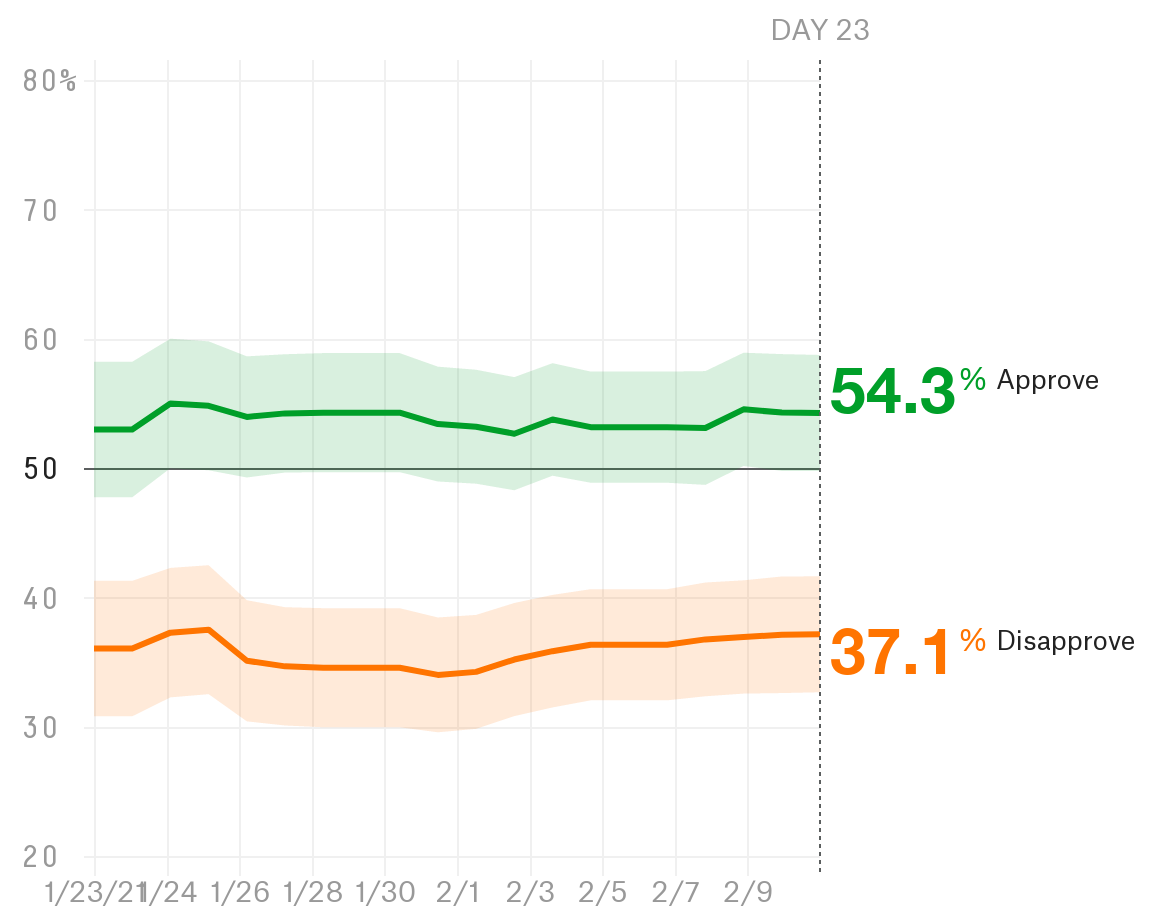 Confidence Interval: Will marijuana be legal across US by 2024? | FiveThirtyEight