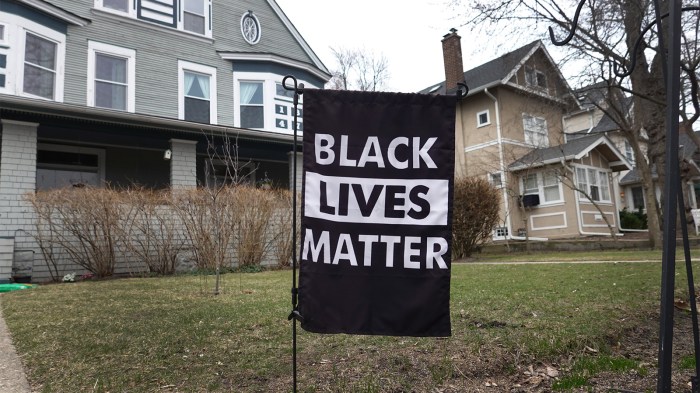 Talking about reparations was once politically taboo. The idea was not only widely unpopular, but the term was understood differently depending on who was asked. Even the most progressive stalwarts on race issues — those who said they were in favor of reparations for Black people as restitution for slavery and government-sanctioned discrimination — didn’t have concrete plans for how they thought reparations should work. Then, last month, Evanston, Illinois, made a historic announcement: Its city council had just approved expenditures in what’s believed to be the country’s first government reparations program for Black Americans.

The initiative aims to address past discriminatory housing policies that have impacted Black people by allowing eligible residents to receive up to $25,000 to put toward mortgage and down payment assistance, home improvements and more. People who qualify for the money must have Black ancestry and have been an Evanston resident between 1919 and 1969, or a direct descendant of an individual harmed by discriminatory housing policies or practices during this period. Those who faced housing discrimination related to city policies or practices after 1969 are eligible, too.

This has prompted some critics to say that this initiative is more of a homeownership program than actual reparations. But one expert who studies reparations said something that stuck with me: Reparations, at their core, are about restitution for a past wrong. In the case of Evanston, a suburb of Chicago, the city decided to address its history of discrimination via unfair housing policies, such as “redlining,” a practice in which lenders refused to insure mortgages in and near predominantly Black neighborhoods. So, yes, this is not reparations in the way many people traditionally think of the term — i.e., direct cash payments to Black descendants of enslaved people that attempt to correct the effects of systemic racism — but it’s likely that this program will still take some first steps toward remedying housing inequity. And, to be clear, even the widest-ranging reparations program you can think of will fall short in some way, because ultimately there’s no amount of money you can pay someone to overcome the effects of slavery. “You can’t even come close,” said Rashawn Ray, a sociology professor at the University of Maryland, College Park.

That said, why does this program still represent a first step toward repairing the harms inflicted on Black people during Evanston’s redlining era? For starters, it seeks to address the city’s history of segregationist housing policies that limited the supply of housing available to Black people and increased the cost of homeownership for them. Homeownership builds wealth and helps secure financial footing long term because houses tend to appreciate in value over time. Stable housing also can lead to the accumulation of generational wealth. According to quarterly data from the U.S. Census Bureau, Black homeownership today is among the lowest of any racial group in the U.S. at just 44 percent. Lastly, Evanston’s plan acknowledges the city’s racial wealth gap by saying that the program will help “build intergenerational wealth” among Black residents in the city. “By definition, reparations is about repairing, and the explicit goal of this policy is to repair the damage caused by [Evanston] on Black people,” said Andre Perry, a senior fellow at Brookings Institution and author of the book, “Know Your Price.”

That said, being the first anything is always messy, and even proponents of Evanston’s program, like Perry and Ray, admit that it’s not perfect. So let’s assess some of its shortfalls.

The most common argument against the program I’ve heard so far is that eligible recipients aren’t getting cold, hard cash. Or, put another way, there’s not much flexibility in how folks can spend the money. Ray told me he thought Black residents might be better served through a program where beneficiaries could choose how to spend their cash — so maybe money for housing, but also for higher education, student loan debt or starting their own business. “There might be some people who want to take the money and deal with the tax ramifications, but that should be their prerogative,” he said.

By requiring citizens to use the funds exclusively for home-related expenses, the plan largely ignores the fact that Black people often face unfair property assessments that lead to higher property taxes, racial disparities in home appreciation, and gaps in both retirement savings and stock investments. One of Evanston’s aldermen told me that the city will offer homebuyer and homeowner educational resources, which Ray said is essential for first-time homeowners, particularly Black homeowners, in order to improve financial literacy in Black communities. “We not only couldn’t buy homes at the same rate [as white people], but also that we didn’t have the same knowledge to be able to know what to do after we got these resources,” he said. And gaining that knowledge could go a long way toward addressing the barriers to homeownership Black people have historically faced. In 2019, the Urban Institute, a Washington, D.C.-based research organization, predicted that promoting an equitable and accessible housing finance system would reduce the homeownership gap.

Scholars have also criticized the program’s source of funding. Right now, the program is paid for almost entirely by the city’s sales tax on marijuana, which was legalized in Illinois last year. While some proponents have hailed this as progressive and innovative — Black Americans are disproportionately impacted by marijuana-related arrests — other reparations experts have suggested the financing should be more meaningfully tied to past housing discrimination. Thomas Craemer, a University of Connecticut professor who studies reparations, told me that it would make more sense to have local mortgage companies that benefited from redlining fund the program.

Some in the community are also upset that Evanston designated banks to manage the grants on Black people’s behalf, rather than just giving them the money directly (this is one of the reasons a Black alderwoman voted against the proposal).

And lastly, this is a local government program that seeks to address racism and discrimination perpetuated by the federal government, states and municipalities. In the grand scheme of things, the Evanston program is negligible when you consider how much slavery cost Black people. Academics estimated that the labor of four million enslaved Black Americans was worth $3 billion in 1860. Today, economists estimate that the U.S. owes trillions in unpaid wages — an amount that can’t realistically be funded at the local level. “The main improvement would be … to make it a federal policy and to expand it from homeownership discrimination to slavery and post-slavery discrimination,” Craemer said. “So basically, make it larger and more comprehensive.”

Of course, a federal program shouldn’t prevent cities like Evanston from enacting their own smaller-scale policies, but it’s important, too, that the federal government participates in a reparations-type program — if nothing else than to simply acknowledge the role it played in racism toward Black Americans both during and after slavery.

That said, Perry stressed that we shouldn’t harp on these critiques of the program, since the technicalities of how we would or could implement reparations have in the past served as barriers to getting anything passed. “We can’t let differences in style get in the way of people’s real efforts to repair harm,” he said.

So where do these issues leave us? For the time being, Evanston might be the closest thing we get to reparations. Though federal lawmakers are once again pushing Congress to create a commission to study reparations, it’s still not a particular popular policy nationwide. A poll released last summer — at the height of nationwide protests after the death of George Floyd in police custody — found that 80 percent of Black Americans believed the federal government should compensate the descendants of enslaved people, versus just 21 percent of white Americans. And with similar proposals at the national level stalled out, paying for a thorough program with zero federal funding might be hard at the local level.

Still, both Craemer and Perry told me that the Illinois-area program might encourage other municipalities and states to enact similar measures. “We’re in an era right now where people understand the need for relief,” Perry said, referring to the money the government has given to small businesses and people during the coronavirus pandemic. For instance, last year, a Black lawmaker in Maryland proposed legislation that would have created a statewide fund to compensate modern-day Marylanders who supply adequate proof that they are the descendants of slaves in the state, while other places across the U.S. — like Asheville, North Carolina, and Amherst, Massachusetts — have considered initiatives of their own, too. “The Evanston proposal is a reflection of the momentum of the reparations movement at all levels,” Perry added. “They were the first, but they will not be the last.”

And again — we can’t emphasize this enough — it’s important to remember that the city is still a test case for a problem without an obvious solution. Ray said that we often wait to get things perfect, which is impossible because “policy isn’t perfect and people aren’t perfect.” “Evanston has figured out a model. Is it perfect? No. Can it be criticized? Yes,” he said. “But it’s chapter 1. It’s not the bookend.”